The LRA abducted children and turned them into soldiers and sex slaves. Babies were taken away from their mothers and thrown away. Hundreds of thousands were mutilated or killed, with nearly two million displaced from their homes because of the LRA.

In 1987, Kony started the group which would later become the LRA. The dust had barely settled from the Ugandan Civil War – dubbed the Ugandan Bush War. Yoweri Museveni had emerged victorious. He remains President of Uganda to this day. From an initial raid on the city of Gulu, the LRA kept growing – not only in numbers but also in viciousness. Over the years, the LRA abducted over 30,000 children and killed over 100,000 civilians. Their crimes were not limited to Uganda, extending to South Sudan, the Central African Republic (CAR), and the Democratic Republic of Congo (DRC).

Although Kony came to mainstream attention in 2012, in 2005 the International Criminal Court (ICC) had issued four arrest warrants. Apart from Joseph Kony, the ICC was after Vincent Otti – his deputy, Okot Odhiambo – his deputy army commander, and Dominic Ongwen – the brigade commander of the Sania Brigade of the LRA.

Otti and Odhiambo died in 2007 and 2013 respectively. Kony himself executed Otti over a disagreement about peace talks. Kony is still on the run, last seen in South Sudan in 2020. In 2014, Kony detained Ongwen in a camp near Kafia Kingi for disobeying orders, but he managed to escape. A Seleka rebel group came across Ongwen and handed him over to American Special Forces in the CAR.

”Elise Keppler, an associate director at Human Rights Watch, hailed this verdict as "a milestone for the victims of such brutality." 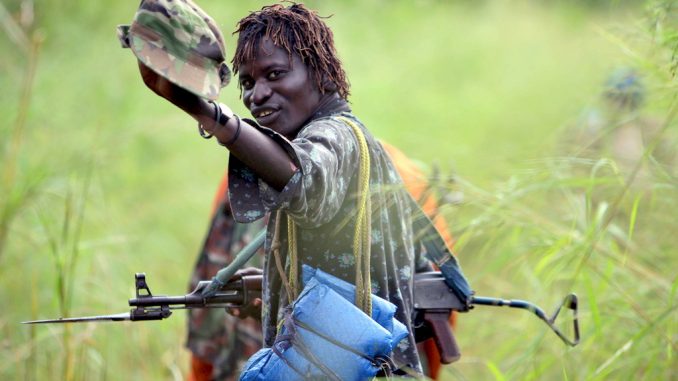 The Rome Statute established the ICC in 1998. It started operations in 2002 as the world’s first permanent tribunal for war crimes, crimes against humanity and genocide. Ongwen’s trial began on the 6th December 2016, charged with 70 counts of war crimes. Over four thousand victims were allowed to participate, most of them choosing to do so through legal representation. The trial spanned over three and a half years with the closing statements delivered between the 10th and the 12th March 2020.

Many experts have commented about the unique nature of the case. LRA soldiers abducted Dominic Ongwen when he was only nine years of age, beating him, indoctrinating him, and training him to become a child soldier. Ongwen went on to climb through the ranks and become a commander in the LRA. He committed many horrifying crimes over the years – from murder to forced pregnancies. In this case, the usually clear line between victim and perpetrator is no longer. Barbora Hola, a senior researcher in the criminal field, commented that “you have either a victim or a perpetrator and anything in between is very difficult to squeeze in.”

The defence relentlessly argued that Ongwen was still a victim since he had lived most of his life in slavery. Defence lawyer Krispus Odongo said that “That slavery continued until he left the bush.” Although Ongwen’s stint at the LRA lasted over 25 years, the prosecution focused on crimes he committed between 2002 and 2005, since more clear evidence was available.

The ICC disagreed. Presiding judge Bertram Schmitt made it a point to detail Ongwen’s atrocious actions when delivering his verdict, referring to the graphic brutality recounted by witnesses. The ICC declared Ongwen guilty of 61 of the 70 counts of war crimes and crimes against humanity which he faced. Ongwen is the first person to have ever been found guilty of forced pregnancy – both a war crime and a crime against humanity.

Elise Keppler, an associate director at Human Rights Watch, hailed this verdict as “a milestone for the victims of such brutality.” She also insisted that their work against the horrors of the LRA is not yet finished and urged countries to “recommit themselves to seeing Joseph Kony face the ICC once and for all.”