On the 11th of April, the Stockholm Blockchain Forum (SBF) opens its doors at the Stockholm International Affairs in Älvsjö. Representatives of the AE team will be attending, speaking and exhibiting at the forum.

The SBF is one of the leading Blockchain Forums in Europe targeted at C-level Executives interested in Blockchain both across Europe and worldwide. Sweden is home to an innovative start-up environment and a strong blockchain and crypto community.

The main theme of the event is “blockchain applied in business cases.” The forum welcomes blockchain experts from across the globe who aim to build new business relationships and educate professionals from diverse industries on how to implement blockchain technologies.

AE has built a team of talented and experienced people from different professions. All operating under the same name and being owned in accordance with the guidelines on multidisciplinary practices in order to guarantee independence and the highest professional ethics.

With AE, the belief is that clients want sequential advisory services: One relationship, one set of values, multiple service lines.

The blockchain and DLT related services offered by AE include: 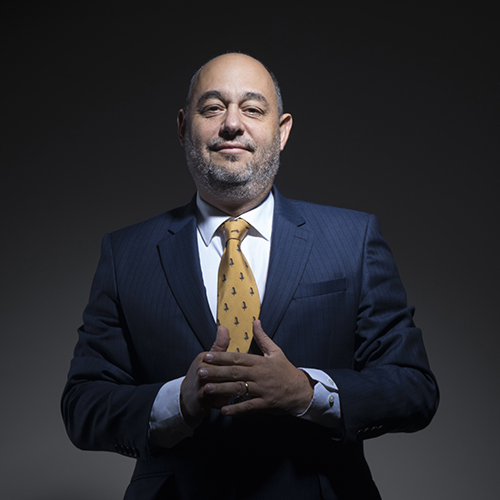 Georg leads the Legal Strategy and Advice team and has been practising in his field since the early nineties. As the contact partner for Multilaw since 2002, he has travelled extensively, building a global network of sources and referrers in all the principal areas of legal practice. He is sought out for the unusual and practical insights he brings to the table. His wealth of international and Maltese clients rely on his ability to build consensus whenever possible or lead them into conflict, whenever necessary. He obtained his LL.D in 1992 and, in 1998, was one of the founder partners of this firm.

The Blockchain Island and history of DLT

Malta, coined as The Blockchain Island, was an early adopter in working towards a regulatory framework that allows financial innovation to flourish while protecting individuals, business & financial institutions.

The core invention is a Distributed Ledger Technology (or DLT), a database shared and managed by multiple participants. It is this technology that has made cryptocurrencies possible. Its underlying data structure, called Blockchain, is held in a series of sequentially encrypted blocks.

Blockchain and DLT have been around for many years. Combining the two concepts, however, has paved the way towards creating a tamper-resistant computer system that can be applied to a wide range of practical problems, as well as create an entirely new set of financial products and business models.

The Stockholm Blockchain Forum presents a unique opportunity for C-level executives from various industries to understand how you can effectively implement blockchain technology into your business.

Stockholm Blockchain Forum stands out due to the quality of the content and is designed along the lines of an online forum brought into a physical space, a concept championed by the former CEO of Optimizer Invest, Carla Maree Vella, who is appointed Director of Content for the event.

”What we are trying to do is to play a bit on the word ‘forum’. As we know in the world of the interwebs, a forum is where people communicate and share information and thoughts. A lot of the conferences I visited last year were very much one-way communication-style. The idea here is to be able to not only to listen to panels and keynotes but to strategically involve delegates in the discussions through structured networking events and specialised exercises to pull questions out of the audience and have an expert panel discuss those topics.

Stockholm is an unrivalled hub of innovation in the Nordic region, often referred to as The Nordic hub of innovation. It hosts a number of highly successful and innovative startups. The Stockholm Blockchain Forum is committed to attracting some of the most innovative companies and entrepreneurs to attend.

The Stockholm Blockchain Forum is set to be a stellar show and has announced major attractions including Ivan on Tech, the Former Prime Minister of Estonia, and Cherie Aimée (the 6th most influential woman in blockchain).

The benefits of attending the Stockholm Blockchain Forum include the below:

If you’re in Stockholm or coming to the Stockholm Blockchain Forum, get in touch with us and let’s discuss how we can help you unlock the potential of blockchain through our services.